In ‘Disguise,’ Will Smith Wings It As An Accidental Bird 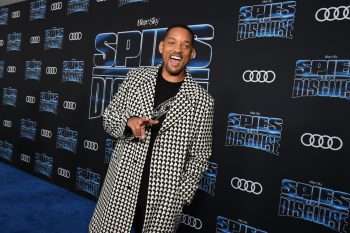 It’s been a while since Will Smith has made an animated movie — 2004’s Shark Tale was his last — but he’s returned to the genre with Spies in Disguise. He plays a suave, debonair spy who accidentally gets turned into a pigeon, a role that he finds transformative in many ways. While he encounters new physical realities with his bird body, Smith says the biggest changes are the emotional ones in his bird brain. (Click on the media bar below to hear Will Smith)