Molly Parker: What ‘Lost In Space’ Found In Its New Season 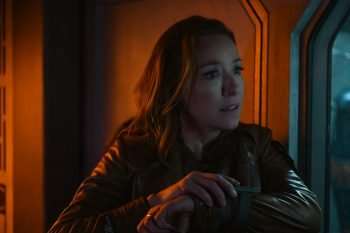 Lost in Space may have been a campy, even cheesy cult classic back in the 1960s, but it’s been reimagined into a new version that takes its subject matter — and its stakes — a little more seriously. The remake has been a hit with Netflix viewers, earning it a second season. Molly Parker, who stars as mission commander Maureen Robinson (yes, several of the characters’ roles have been redefined for the new series), told us that once the show got its renewal, it also found its sense of purpose going forward. (Click on the media bar below to hear Molly Parker)

The second season of Lost In Space is streaming now on Netflix.