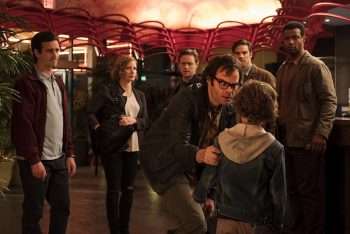 It Chapter Two may not have been as critically beloved as the first installment, but it did make over $472 million worldwide at the box office. The feature is now out on Blu-ray, DVD, and Digital, and one of the feature’s strongest aspects is Bill Hader’s performance as the grown up version of Richie (Finn Wolfhard plays Richie as a youth).

Click on the media bar to hear Bill Hader talk about how Finn Wolfhard helped him get the role in It Chapter Two: