Believe The Hyphenate: John Krasinski Embraces The Stress Of Success 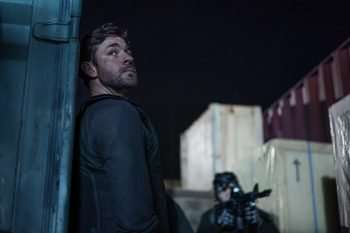 John Krasinski has certainly come a long way from his days on The Office, when the young actor broke out from bit parts and into the public consciousness. With the stardom afforded him by that success, he has been able to achieve some of his other career goals: writing, directing, and producing. Becoming a hyphenate has kept him very, very busy, but Krasinski — who scored a box office hit with A Quiet Place last year (and is pulling triple-duty once again on its sequel) — says the additional stress barely compares to the idea of having his dreams come true. (Click on the media bar below to hear John Krasinski)

Season 2 of Jack Ryan, produced by and starring Krasinski, is now streaming on Amazon Prime Video.