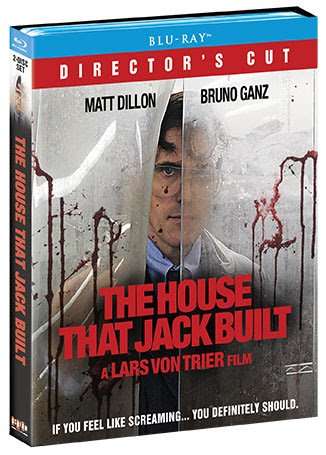 The narrative centers on a failed architect and killer named Jack (Matt Dillon) as he recounts his elaborately planned murders, each of which help define his “career” as an accomplished serial killer. This black comedy which, like many of Lars Von Trier’s films has its devotees and detractors, co-stars Uma Thurman, Riley Keough, and Bruno Ganz.

Both the Blu-ray and DVD versions come with the theatrical cut and director’s cut of the flick.Special features include Sonning Prize: An Interview With Director Lars Von Trier, a teaser trailer, and theatrical trailer.

Are you a fan of Lars von Trier’s body of work, or is his approach to cinema a bit too much for you? Feel free to comment below!