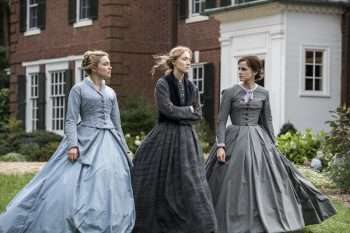 One of this year’s most anticipated films is Little Women, director Greta Gerwig’s follow up to her acclaimed 2017 feature Lady Bird. The feature reunites her with Lady Bird lead Saoirse Ronan, who plays the strong willed and talented Jo March.

Little Women has seen its share of cinematic versions over the years, and the 1994 installment, directed by Gillian Armstrong, featured Winona Ryder in the Jo March role. Gerwig’s feature has drawn its share of accolades, as it received 9 Critics’ Choice nominations (including for Best Picture, Best Actress, and Best Ensemble.

Click on the media bar to hear Ronan talk about the “well rounded” characterizations that are an important element of Gerwig’s film: