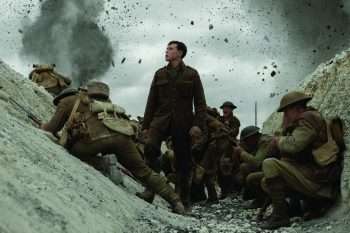 Although the film was shot over the course of two months, the Sam Mendes-directed World War I drama 1917 has been structured and edited to make the film appear as if it’s a single two-hour take. When a similar technique was used for much of the Oscar-winning Birdman, audiences were polarized — some loved it, some hated it. Will 1917 meet the same fate? Mendes, who also produced and co-wrote the film, doesn’t think so, because he thinks viewers will get too wrapped up in the story to notice the single-take effect. (Click on the media bar below to hear Sam Mendes)