With ‘No Time To Die,’ Daniel Craig Gets A Proper Bond Goodbye 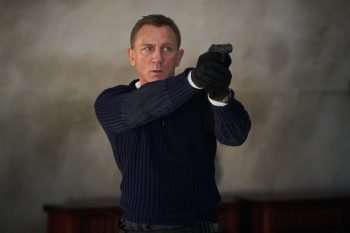 When No Time To Die comes out next year, it will officially make Daniel Craig the longest continuously-tenured James Bond in the franchise’s history. Craig’s five Bond films will have spanned 14 years, longer than even Roger Moore (12 years) or Sean Connery (nine years). Since it’s already been announced that this will be Craig’s last film as Agent 007, he’s happy that No Time to Die is ending his tenure on a high note. (Click on the media bar below to hear Daniel Craig)

No Time to Die opens in theaters next April 10.