‘Lizzie McGuire’ Is Back, But Hilary Duff Feels Like She Never Left 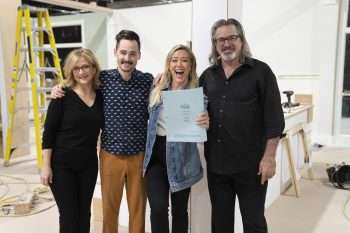 Hilary Duff was just 13 years old when Lizzie McGuire debuted on the Disney Channel, making her an almost-instant superstar on the teen scene. She parlayed that success into a movie career, a music career, and various other pursuits, including a clothing line. Now, 16 years after the original show ended, Lizzie McGuire will be coming back, with Duff once again starring as the title character. No longer a teen, obviously, the show will center on McGuire’s exploits as a 30-year-old in New York City. Why did Duff decide to return to the role after so many years? She told us that Lizzie’s always been a part of her, so it made sense to continue the story. (Click on the media bar below to hear Hilary Duff)

New episodes of Lizzie McGuire will begin streaming on Disney+ in 2020.