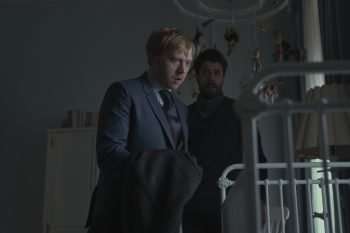 Rupert Grint is, of course, best known for playing Ron Weasley in the eight Harry Potter movies. And just like his co-star, Daniel Radcliffe, moved on to much edgier material to escape the Harry Potter stereotype, Grint is doing that with his latest project, Servant. The psychological horror drama, executive produced by M. Night Shyamalan, is a definite departure for Grint. Speaking to us alongside Servant co-star Toby Kebbell, Grint told us that leaving his Potter past behind him was part of the allure of Servant. (Click on the media bar below to hear Rupert Grint & Toby Kebbell)