Why Did Clint Eastwood Want To Tell The ‘Richard Jewell’ Story? 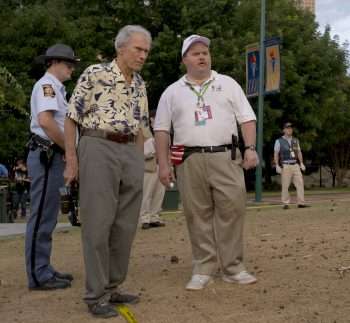 In 1996, the eyes of the world were on America as Atlanta hosted the summer Olympic Games. However, pride soon turned to shock and horror as a bomb exploded in Centennial Olympic Park. Richard Jewell was a security guard assigned to the park — he actually discovered the bomb and tried to keep people away. Nevertheless, one person died in the explosion and more than a hundred were injured. With investigators in a rush to provide answers, Jewell was implicated in the bombing scheme and named a suspect. His name dominated the headlines until it was proven that another man was the bomber. Director Clint Eastwood has made a movie about the incident, and he told us why he was interested in making Richard Jewell. (Click on the media bar below to hear Clint Eastwood)