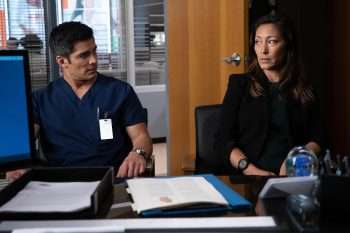 As with most ensemble dramas, The Good Doctor isn’t just about one doctor — it’s about a whole cast of characters and their interactions at St. Bonaventure Hospital. Two characters who have come to the forefront of the show are Drs. Neil Melendez and Audrey Lim, high-ranking surgeons at the hospital who are now romantically involved. They’ve become fan favorites, and we asked the actors who play them — Nicholas Gonzalez and Christina Chang — why they think they’ve become so popular on the show. (Click on the media bar below to hear Nicholas Gonzalez & Christina Chang)

The Good Doctor returns with new episodes January 13 on ABC.