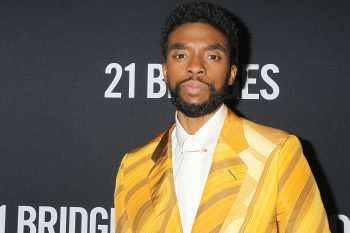 As Chadwick Boseman’s star has risen in Hollywood, so have his aspirations: He not only stars in the new film 21 Bridges, he also produced it. This is the second full-length feature for which he’s gotten a producer’s credit, and as he becomes more involved in making his movies, he’s also had to figure out the balance between his acting duties and his production duties. Fortunately, he told us, he’s been able to handle it all — to coin an old Beatles phrase — with a little help from his friends. (Click on the media bar below to hear Chadwick Boseman)

21 Bridges is playing now in theaters.