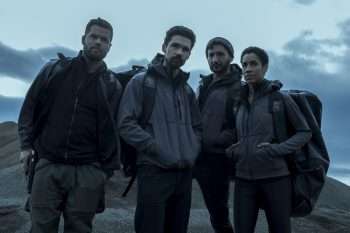 After a three-year run on SyFy, Expanse viewers were disappointed last year to learn the network had cancelled the series. But, as we’ve seen many times in recent years, network cancellation is no longer a death sentence in Hollywood. Two weeks after the cancellation news broke, Amazon head Jeff Bezos personally came to the fans’ rescue, announcing the show had been saved and would produce new seasons for Amazon Prime. So far, a fourth season has been filmed, and the fifth season is already a done deal. For series star Wes Chatham, that’s all great news, because he says the show has been a labor of love for everybody involved. (Click on the media bar below to hear Wes Chatham)