Arnold Schwarzenegger’s In No Hurry To Terminate His Acting Career 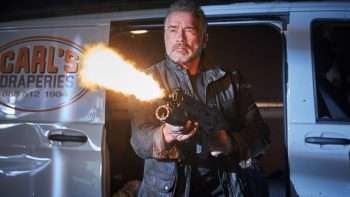 If somebody told you that we’d be seeing new Rambo and Terminator movies in the same year, nobody could blame you for thinking it was 1989 rather than 2019. But here we are, nearly two decades into the new millennium, and the most iconic action heroes from the ’80s are still at it. It’s especially surprising to see Arnold Schwarzenegger still at it, given his detour into politics. But even when he was governor of California, acting was still close to his heart, and he told us that he’s wanted to follow in the footsteps of the actors he admired — actors who continued to make movies long after others their age would have been collecting Social Security checks. (Click on the media bar below to hear Arnold Schwarzenegger)