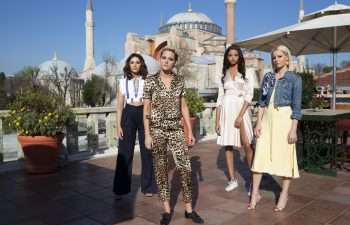 When Elizabeth Banks decided to reignite the Charlie’s Angels franchise, she didn’t want to do a reboot. So instead, her new movie picks up the same storyline from the earlier movies, but introduces us to a new generation of Angels, played by Kristen Stewart, Naomi Scott, and Ella Balinska. Banks — who wrote, produced, and directed the movie along with playing the Angels’ boss, Bosley — told us she couldn’t have asked for a better cast, whether they were Angels or villains. (Click on the media bar below to hear Elizabeth Banks)