Director Nick Powell Has A “Primal” Connection With Nicolas Cage 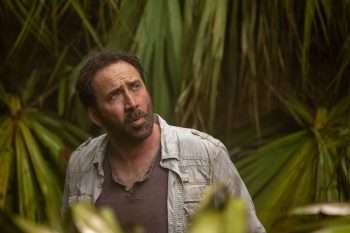 Primal centers on Frank Walsh (Nicolas Cage) a ruthless hunter of exotic and endangered animals who sells them to the highest bidder. When he captures a white jaguar, he expects a huge payday, but the ship he has boarded houses a captured assassin (Kevin Durand) who is ready to create some havoc.

The project marks the second film for Nicolas Cage and director Nick Powell (they previously worked together on 2014’s Outcast). “Nic is kind of an iconic figure,” said Powell. “Whenever Nic is on screen, there is something that draws you to him. He’s got that sort of in a way the old Hollywood leading man feel to him. Even when you see him in real life, Nic Cage is bigger than life even when you’re sitting with him and chatting with him there’s something about him that feels like you’re in a movie when you’re talking. He’s just got an aura about him.”

Being impressed by a movie star is a natural thing, but the key for a movie to work out mainly lies in a successful collaboration between a filmmaker and his or her actors. Click on the media bar to hear Powell discuss what made his partnership with Cage a fruitful one (in fact, they are discussing another project down the road):