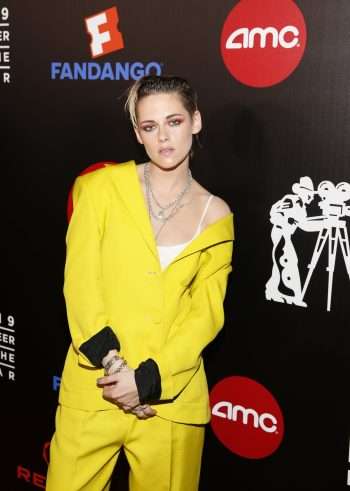 While the new Charlie’s Angels movie is not a reboot — it’s actually a continuation of the story from the 2000 and 2003 films — there is a new set of “angels” on the case. Kristen Stewart, Naomi Scott, and Ella Balinska are the new trio, described as the “next generation” of angels doing investigative work at the famous Townsend Agency. Stewart was recruited for the role by Elizabeth Banks — who also wrote, directed, produced, and co-stars in the movie — and says that Banks made it an offer she couldn’t refuse. (Click on the media bar below to hear Kristen Stewart)