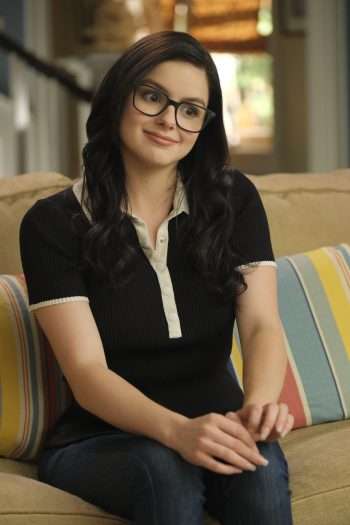 After The Big Bang Theory ended last spring, Modern Family took over the mantle as TV’s longest-running live-action comedy. But it won’t hold the title for long — when ABC renewed the show last spring, the network and producers agreed that this season, the show’s 11th, will also be its last. Ariel Winter started working on Modern Family when she was just 11 years old, and she’s literally grown up with the show. That’s making it even more difficult, she told us, to accept that the show will soon end. (Click on the media bar below to hear Ariel Winter)