No Snoozing: Ewan McGregor & Crew Worked Hard On Their ‘Sleep’ 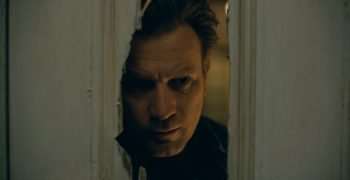 Doctor Sleep took kind of a strange path to the big screen. (But, of course, the name Doctor Strange was already taken.) It’s based on a Stephen King novel — a sequel to The Shining, which had been made into a movie long, long before the Doctor Sleep novel was written. But since The Shining took a few creative liberties with King’s book, the Doctor Sleep movie is trying to satisfy fans of both the first film and the second novel. Ewan McGregor, who stars in the movie, says it’s an issue they’ve spent a lot of time and effort pondering. (Click on the media bar below to hear Ewan McGregor)