To Todd Phillips, Joaquin Phoenix Was The One & Only Joker 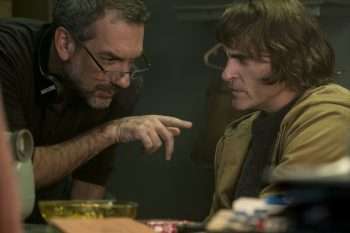 When director Todd Phillips got the green light from Warner Bros. to make Joker, he had only one actor in mind for the role — and it wasn’t Jared Leto, who’d been playing the character in other DC movies. Phillips knew that Oscar-winner Joaquin Phoenix had expressed an interest in playing this kind of a character, so he co-wrote the screenplay with Phoenix in mind, then pitched him on the idea of taking the role. It took Phoenix some time to finally agree to make the movie, but Phillips was ecstatic when he did. Why was Phillips so intent on casting Phoenix? We asked him to explain.

Joker is playing now in theaters.