‘Will & Grace’ Reception Was Even Better The Second Time Around 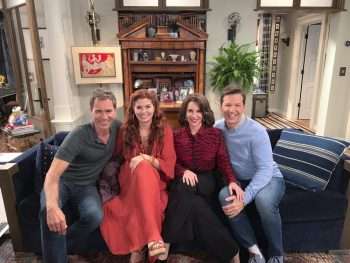 Will & Grace was incredibly successful during its initial run, consistently ranking as one of each week’s Top 15 shows during its peak. It also had quite a cultural impact, since it was the first show featuring a gay lead character to be openly embraced by such a large viewing audience. After it signed off in 2006, the show lived on in reruns, and it turned out people weren’t ready to say goodbye to the characters yet. So, the show was revived in 2017 — and yes, the public was definitely ready for more Will & Grace. Eric McCormack and Debra Messing, the stars of the show, told us they were taken aback by the reception they got upon their return. (Click on the media bar below to hear Eric McCormack & Debra Messing)

All good things must come to an end (again), though; the (second) farewell season of Will & Grace airs Thursdays at 9:00/8:00c on NBC.