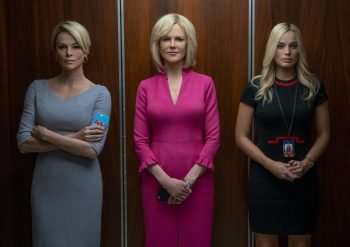 Megyn Kelly’s appearance last week on Fox News couldn’t have come at a better time for Charlize Theron. After all, Theron has been busy talking to the press about Bombshell, her movie about the Fox News sexual harassment scandal in which she plays Kelly. Theron is also a producer on the movie, so she’s been actively involved in the pre-release screenings. She told us they’ve been going amazingly well, and that those who went into the film with any preconceived notions have been really surprised. (Click on the media bar below to hear Charlize Theron)

Bombshell opens in theaters on December 20.