With ‘Western Stars,’ Bruce Springsteen Even Surprised His Wife! 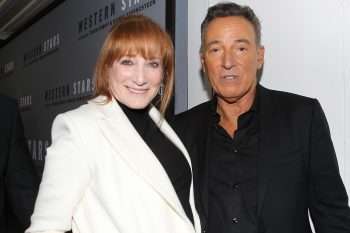 Bruce Springsteen’s Western Stars was originally conceived as a performance film, but took on more of a documentary feel as Springsteen and co-director Thom Zimny started looking for ways to spice up the imagery that would accompany the music and the “making of” scenes that chronicled the recording of Springsteen’s latest album. Some of that imagery was completely unexpected — so unexpected, Springsteen was even able to surprise his wife, Patti Scialfa, with some of the footage that made the final cut. (Click on the media bar below to hear Patti Scialfa & Bruce Springsteen)