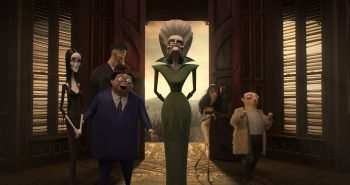 As far as MGM is concerned, The Addams Family is already a sequel-worthy hit after its strong opening weekend. That’s why they’ve already greenlit a second animated Addams, slated to open in October 2021. That’s great news for Charlize Theron, who had a great time working on this movie and will be excited to do it again. When we spoke to her about the movie — and the overall franchise, going all the way back to the cartoons — she told us she can clearly see the universal appeal of the family, quirks and all. (Click on the media bar below to hear Charlize Theron)

The Addams Family is playing now in theaters.