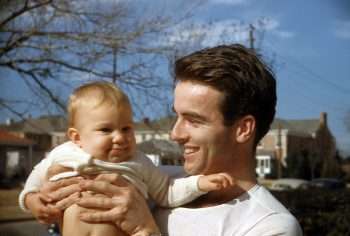 Making Montgomery Clift aims to take an altogether different look at one of cinema’s finest talents, as directors Robert Clift (Monty’s nephew) and Hillary Demmon diligently scoured through family archives to gain a deeper understanding of the Oscar nominated actor. Though there were tons of phone conversations (recorded by Monty and Robert’s late father Brooks) that spotlight the humor and meticulous nature of Clift, the actor’s life isn’t a question that holds a clear cut answer.

“I don’t think we were really setting out to do something comprehensive about Monty,” said Demmon. “I think we both can recognize that we were never going to know everything about Monty. We weren’t going to be able to have this comprehensive (and) definitive idea. I think in some ways it’s maybe more respectful of his legacy and of him as a human being to let some of the questions about him stay open. And to let him be read in many ways”.

Click on the media bar to hear Robert Clift talk about putting himself into the documentary, an aspect that he felt was the most challenging aspect he faced during Making Montgomery Clift.

Making Montgomery Clift is now out on Digital, On Demand, and DVD.