Where Did Oscar Isaac Find His ‘Addams’ Inspiration? 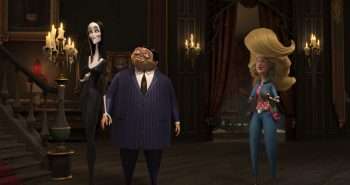 At 40 years old, Oscar Isaac was a teenager when The Addams Family was first made into a movie. And, thanks to the magic of TV reruns, he’d seen episodes of the classic 1960s TV show. Now, he’s providing the voice for the family’s patriarch, Gomez Addams, in the new animated movie. So, as he was preparing for and making the movie, what was it about “The Addams Family” that was running through his head? (Click on the media bar below to hear Oscar Isaac)

The Addams Family is playing in theaters now.