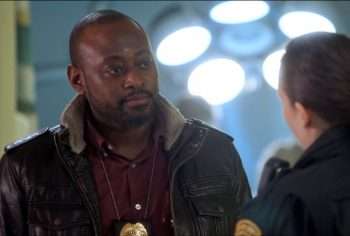 In Trick, Omar Epps plays Detective Mike Denver, a man who shot a killer named Patrick “Trick” Weaver” after he escaped police custody. The event occured in 2015 after Trick went on a murderous spree at a costume party, but then the succeeding Halloweens he reappears and commits more killings. Is this perpetrator the same person Denver killed several years back, or is there more than one murderer in the midst?

The picture is directed and co-written by Patrick Lussier, who’s best known for the Nicolas Cage feature Drive Angry and 2009’s My Bloody Valentine. Trick’s trailer reveals that it may be a slight homage to the Scream series, and the feature does star two Scream vets (Epps and Jamie Kennedy who plays a character named Dr. Steven). Will Trick have a bit of tongue-in-cheek humor in the storyline, or will this be a straight up horror story? Check out the trailer and tell us what you think!

Trick hits theaters, On Demand and digital on October 18.

Matt Damon Wants You To Get To...

The Hilton Paris Serves Gourmet Food, But Can Paris Hilton?

Why Michael C. Hall Was Ready For A ‘Dexter’ Do-Over