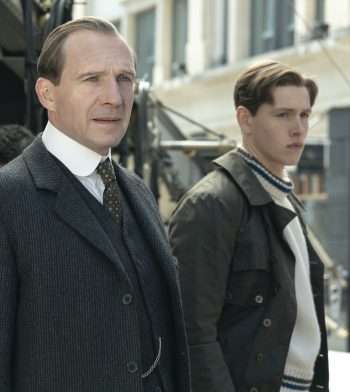 For the past six years or so, Matthew Vaughn has devoted himself exclusively to the Kingsman series of movies — he’s directed, produced, and co-written The Secret Service, The Golden Circle, and the new prequel, The King’s Man. Vaughn, who’s also worked on the X-Men franchise and directed Kick-Ass, definitely has a penchant for action movies. He told us that, in making The King’s Man, he wanted to pay homage to the kinds of films he idolized when he was growing up. (Click on the media bar below to hear Matthew Vaughn)

The King’s Men opens in theaters on September 18.