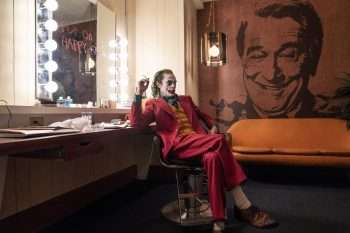 Now that all the hype about Joker has been answered by its record-breaking premiere and rave reviews, the Oscar talk has already begun for the movie’s star, Joaquin Phoenix. While he’s been getting plenty of praise for his performance as the film’s title character, Phoenix told us that a good deal of credit also goes to director Todd Phillips, who allowed him to trust his instincts in bringing the character to life. (Click on the media bar below to hear Joaquin Phoenix)

Joker is playing now in theaters.