Eddie Murphy And The Ups & Downs Of Hollywood 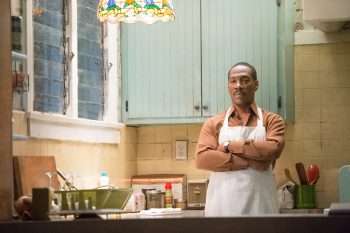 Before making his new movie, Dolemite Is My Name, Eddie Murphy took a three-year break. Although he kept coming up with ideas — you’ll hear several of them in his upcoming Netflix stand-up comedy special — he wanted to step outside the spotlight for a while. After all, that very spotlight (and the tabloid journalism that fed off of it) had not always treated Murphy kindly. All kinds of scandals, all kinds of rumors … and that was just in the days before TMZ! We’ve spoken to Murphy several times about the fickle nature of fame and celebrity, and he once told us he understood very well how the fame machine was fueled by a steady stream of heroes and villains, people whose stars were rising and people whose stars were falling. (Click on the media bar below to hear Eddie Murphy)

Dolemite Is My Name is currently streaming on Netflix.