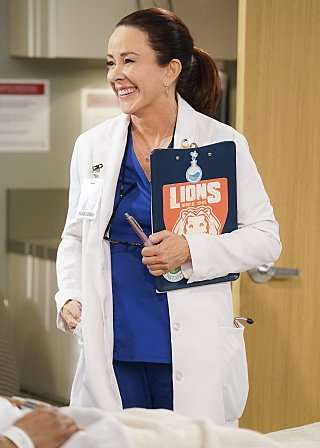 The idea behind Carol’s Last Act is that a middle-aged woman retires from one job. Then, rather than just enjoying retirement, she embarks on a completely new career as a doctor. Patricia Heaton, who stars on the show, could undoubtedly retire after nine-season stints on both Everybody Loves Raymond and The Middle, but she told us she doesn’t think she could handle having that much free time, so she’ll just keep working. (Click on the media bar below to hear Patricia Heaton)