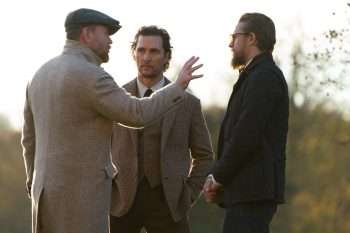 Charlie Hunnam’s next film is The Gentlemen, a crime drama written and directed by Guy Ritchie. It tells the story of a drug lord who decides he wants to get out of his very lucrative business, and he decides to look for a buyer. As you can imagine, though, it’s not the kind of business that can be easily sold. Hunnam, however, tells us he was instantly sold on Guy’s script. (Click on the media bar below to hear Charlie Hunnam)

The Gentlemen opens in theaters next January 24.