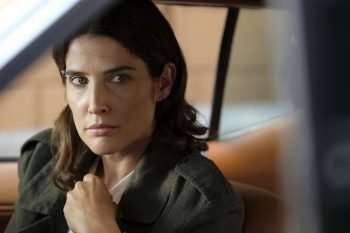 Since the finale of How I Met Your Mother, Cobie Smulders has been off making a few Marvel movies and a couple of series for Netflix, but now she’s back on network television with Stumptown. It’s the first time she’s ever starred in a procedural drama, but Smulders says she doesn’t look at the show as being your standard network procedural. (Click on the media bar below to hear Cobie Smulders)