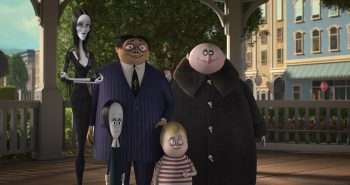 The Addams Family began life as a series of cartoons in New Yorker magazine, so the new animated “Addams Family” movie seems to bring the franchise full-circle. Of course, most people are familiar with the classic TV show from the ’60s and the two live-action movies from the ’90s. Charlize Theron, who supplies the voice of Morticia Addams in the new film, was a big fan of those movies, but says she steered clear of them after winning the role. (Click on the media bar below to hear Charlize Theron)

The Addams Family opens in theaters on October 11.