For Bradley Whitford, ‘West Wing’ Is Still The Best Thing 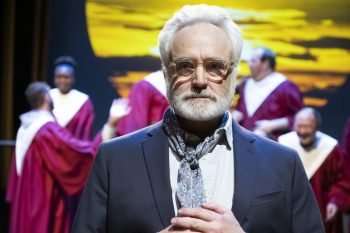 It’s 2019, and Bradley Whitford’s got a brand-new show premiering on NBC. Flash back 20 years to this week in 1999, and Whitford had a different show premiering on NBC — a show that would become a touchstone in modern TV drama, The West Wing. In fact, there are those who would argue that the show helped usher in the “new golden age of television,” which has brought us shows that surpass even cinematic quality. Whitford would be one of those making that argument. He told us it was the first show he’d been on where the writers and producers aspired to go above and beyond “normal” television. (Click on the media below to hear Bradley Whitford)