Sara Gilbert: ‘The Conners’ Makes A Point Of Staying On Point 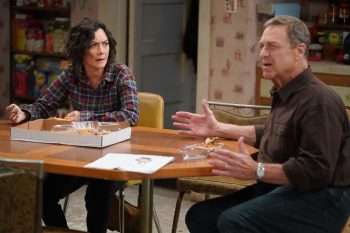 In its debut season, The Conners had to prove that yes, there was life after Roseanne. Now that the show has proven itself and moved out of its predecessor’s formidable shadow, Sara Gilbert says it will continue to tackle plenty of important issues, but she stressed that they’re only interested in telling stories and taking on topics that relate directly to the family’s trials and tribulations. (Click on the media bar below to hear Sara Gilbert)

The Conners airs Tuesdays at 8/7c on ABC.