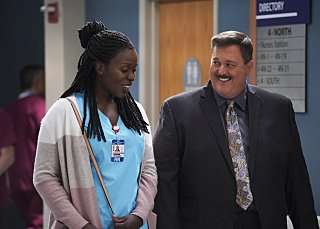 People generally know what they’re going to get from a Chuck Lorre TV comedy. After all, he’s been responsible for some of the biggest and best-received comedies of the 21st Century, including The Big Bang Theory, Two and a Half Men, and Mom. With Big Bang gone, Lorre has put his full attention this summer into developing a new show, Bob Hearts Abishola. And while his other sitcoms have certainly tackled social issues before, this one’s got a timely “ripped from the headlines” premise that will be at the core of the show. How does Lorre think fans will react to a show with more of a social conscience? (Click on the media bar below to hear Chuck Lorre)