Nobody Misses Zima. But At ‘NCIS,’ Everybody’s Missed Ziva! 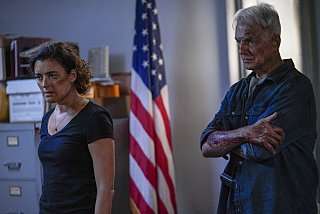 When a beloved character returns to a show, it’s usually a pretty big deal. But, when it comes to NCIS fans, “a pretty big deal” is a pretty big understatement. Ever since it was announced that actress Cote de Pablo would be coming back to the Ziva David role after five seasons away, the show’s faithful have been giddy with excitement. And apparently it’s not just the fans. The show’s producers created a new video to show just how much they’ve been looking forward to de Pablo’s return, too, and you can watch it right here.

The season premiere of NCIS will air Tuesday at 8/7c on CBS.