For Cary Elwes, Nothing Will Ever Beat The Original ‘Princess Bride’ 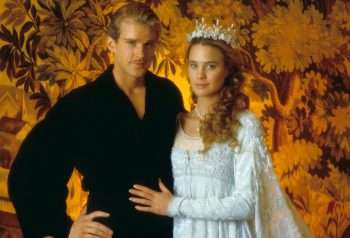 If they ever shoot a remake of The Princess Bride there’s a very good chance Cary Elwes won’t be involved. In fact, he’ll probably have some choice words for anybody who asks. When news broke earlier this week that “very famous people” have expressed interest in doing a new version of the 1987 Rob Reiner masterpiece, Elwes took to Twitter, acknowledging the original as “a perfect movie” that he wouldn’t want to see damaged by a remake. Of course, though millions of fans would definitely have his back, Elwes admittedly might be a little biased when it comes to The Princess Bride. After all, he told us, it’s the movie that completely changed his life! (Click on the media bar below to hear Cary Elwes)