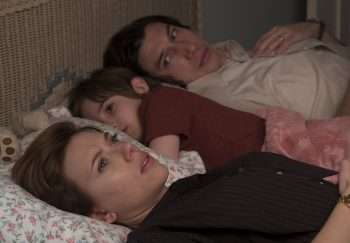 Nearly two months before it opens, Marriage Story has already been garnering a lot of great reviews and awards buzz, thanks to its early showings at the Venice, Telluride, and Toronto Film Festivals. Scarlett Johansson has been singled out for her performance in the film, a comedic drama from acclaimed, Oscar-nominated writer/director Noah Baumbach. Johansson says that making the movie was a cathartic experience, since she was going through a divorce herself when she signed on to make the film. (Click on the media bar below to hear Scarlett Johansson)