Anne Hathaway Liked The Idea Of ‘Modern Love’ With No Commitment 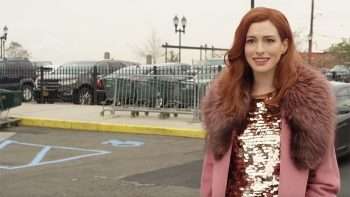 You can add Anne Hathaway’s name to the list of movie stars who have decided to embark on television projects. The actress, who won an Oscar for her performance in Les Miserables, joins Tina Fey, Andy Garcia, Catherine Keener, and more for Modern Love, an anthology series based on the New York Times column of the same name. Hathaway said she was eager to be part of the show, especially since it didn’t involve a long commitment — the thought of being able to just do one episode and one short, self-contained story was very appealing to her. (Click on the media bar below to hear Anne Hathaway)