‘Supergirl’ Season 4 Was A Banner Year For Melissa Benoist 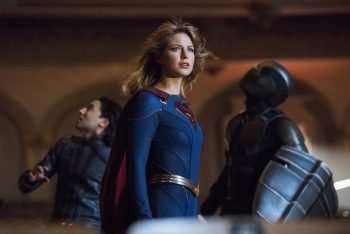 Supergirl has never been a show to shy away from tackling serious modern-day topics, and its fourth season took on an overtly political tone as Kara Danvers (and her heroic alter ego) had to contend with an aggressive “humans first” activist group that wanted to get rid of aliens once and for all. Oh yes, and there was the matter of an evil Kara clone created to battle Supergirl with equal powers. Between the show’s social messages and getting to play an evil version of her character, Melissa Benoist had a great time in Supergirl’s fourth season. But was there a moment that stood out for her? (Click on the media bar below to hear Melissa Benoist)

The season premiere of Supergirl will air Sunday, October 6 on The CW.