‘Hustlers’ Dancing Was No Grind For Keke Palmer & Lili Reinhart 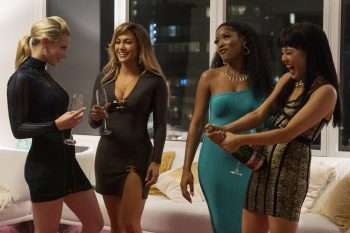 In its first weekend, Hustlers — like the characters it portrays — made plenty of money off its adoring audiences. Since the film’s action is set primarily in a strip club, the actors had to prepare themselves for plenty of dancing. While stars Constance Wu and Jennifer Lopez found the experience to be a big challenge, co-stars Keke Palmer and Lili Reinhart were eager to spend some time on the pole and learn a few moves. (Click on the media bar below to hear Keke Palmer & Lili Reinhart)

Hustlers is playing now in theaters.