How Did Matt Damon Get Revved Up For His ‘Ford v. Ferrari’ Role? 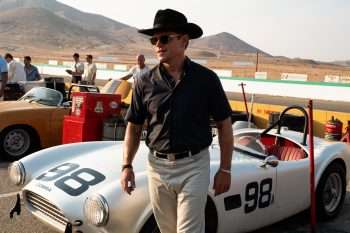 Oscar seems to love real people. So it makes a lot of sense that Matt Damon is getting some serious awards season buzz for his role as real-life car designer Carroll Shelby in the upcoming biopic Ford v. Ferrari, about Ford’s attempt to create a race car that could challenge Ferarri’s dominance back in the 1960s. For all the Oscar talk that he and the film are getting, though, Damon says that neither he nor director James Mangold are particularly crazy about cars, which made understanding the characters a bit of a challenge. (Click on the media bar below to hear Matt Damon)