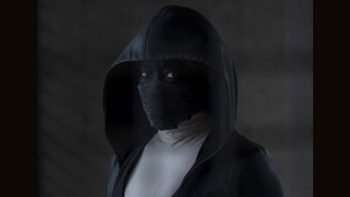 If you’re a fan of the Watchmen graphic novels, you’ll undoubtedly see that the new Watchmen series on HBO doesn’t stick to the script, as it were. There are certain elements of the show that have never been seen in any of the previous Watchmen media, leading some purists to question whether it’s really Watchmen at all. But the show’s producer and writer, Damon Lindelöf (Lost), told us he made some changes to the source material in order to make the show more sustainable and, in the spirit of Watchmen,take more risks. (Click on the media bar below to hear Damon Lindelöf)