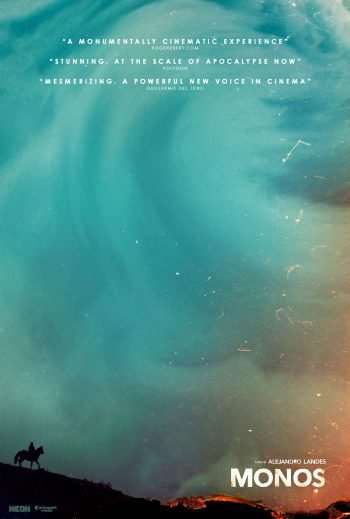 The Colombia set Monos centers on a group of teenage soldiers who work for this collective simply known as The Organization. They are tasked with keeping a prisoner whom they call Doctora (Julianne Nicholson) safe and sound. Director/co-writer Alejandro Landes, who grew up in Colombia, had his cast and crew live out in the elements during production.

“I think you sort of have to let it all go when you arrive,” said Nicholson, who described the film as a ‘life changing’ experience. “If you expect to be comfortable, you’re going to be disappointed. But for me, and I think for all of us, living there and filming there informed everything you see on screen. If, at the end of the day, we were going to a hotel somewhere, it would be an entirely different movie.”

Click on the media bar to hear Nicholson talk about working with relatively first time actors (Moisés Arias was the only veteran actor of the bunch) during the production of Monos.