Sylvester Stallone: Yes, ‘Rambo’s’ Violent, But Always For A Reason 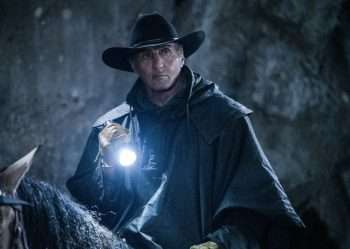 Even in a world that’s become increasingly desensitized to violence over the last few decades, the Rambo series has always stood out as being particularly violent. After all, the character of John Rambo is a trained warrior with a hair-trigger temper and some serious emotional issues. But, as the series gets set to come to an end with Rambo: Last Blood, Sylvester Stallone — who has starred in and co-written all five of the films — pointed out to us that while the violence may be extreme, it is never gratuitous. Whenever John Rambo draws blood, Stallone says, you can bet there’s a reason behind it, and that’s certainly the case in Last Blood. (Click on the media bar below to hear Sylvester Stallone)