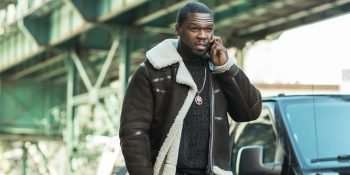 Over the course of six seasons, the gritty urban drama Power has garnered a lot of fans and quite a bit of critical acclaim. The one thing it’s never gotten? Awards season consideration. When it comes to the Emmys and the Golden Globes, it’s been completely overlooked. Curtis “50 Cent” Johnson, who stars as a drug dealer on the show, certainly pulls no punches when he talks about why he thinks the show’s been snubbed. (Click on the media bar below to hear Curtis “50 Cent” Johnson)

Power, in its farewell season, airs Sunday nights on Starz.