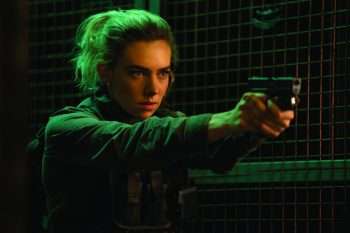 Hobbs & Shaw might revolve around the Fast & Furious characters of Luke Hobbs and Deckard Shaw, but Deckard’s sister, British secret agent Hattie Shaw, is every bit as important to the plot. She’s also just as active and just as dangerous — she can more than hold her own in the film’s action sequences, something that was very important to Vanessa Kirby when director David Leitch brought her aboard for the role. (Click on the media bar below to hear Vanessa Kirby)